In 1976, husband and wife Ray and Dot McLean established Eaglehawk Radiators as a new automotive cooling specialist for the area, setting up shop in a shed at the back of their house in Victoria Street, Eaglehawk. Joined by stepson Glenn Billett in 1981, a year later we would move to our current address at 220 Upper Road, Eaglehawk, where we would be joined by Glenn’s younger brother Leigh. Over the years other family members have come and gone, and we’re proud to think of ourselves as a family business even today.

In 1994 we expanded our services into vehicle air conditioning, with two fully licenced air conditioning technicians authorised by the Australian Refrigerants Council to conduct all manner of air con work. In May 2003 we were joined by another employee Frank Guarneri, and by Jamie Twyford in October 2011, as well as Ray McLean on a part time basis, comprising our dedicated, experienced team.

When Glenn and Leigh took over the business in 2007, we also worked in collaboration with our partners at the Natrad network of Australian radiator repairers, since which we’ve been recognised for our quality workmanship and customer service with Best Victorian Franchise awards in 2008, 2010, 2012, 2013 and 2016, with the business also winning the National Franchise of the Year awards in 2012. We’ve also been members of the Victorian Automobile Chamber of Commerce since 1988. 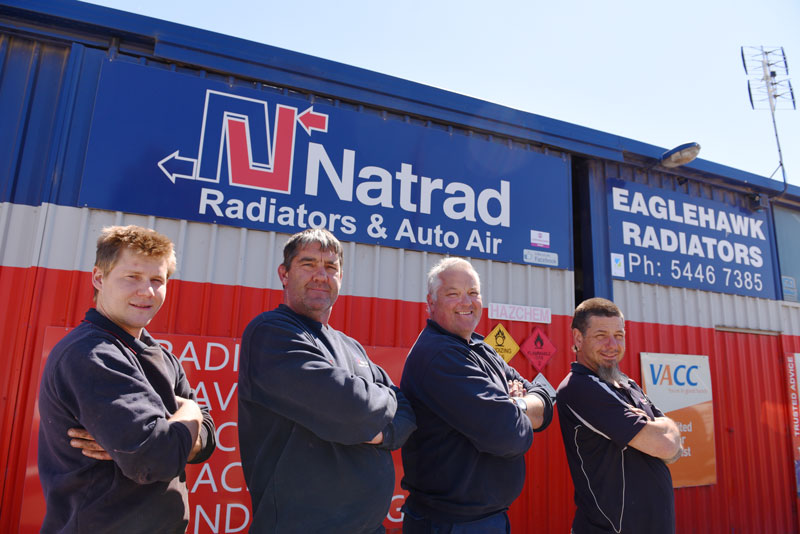 For a complete list of services we provide, please visit our Services page.

To book an appointment or send us an email, contact us now.